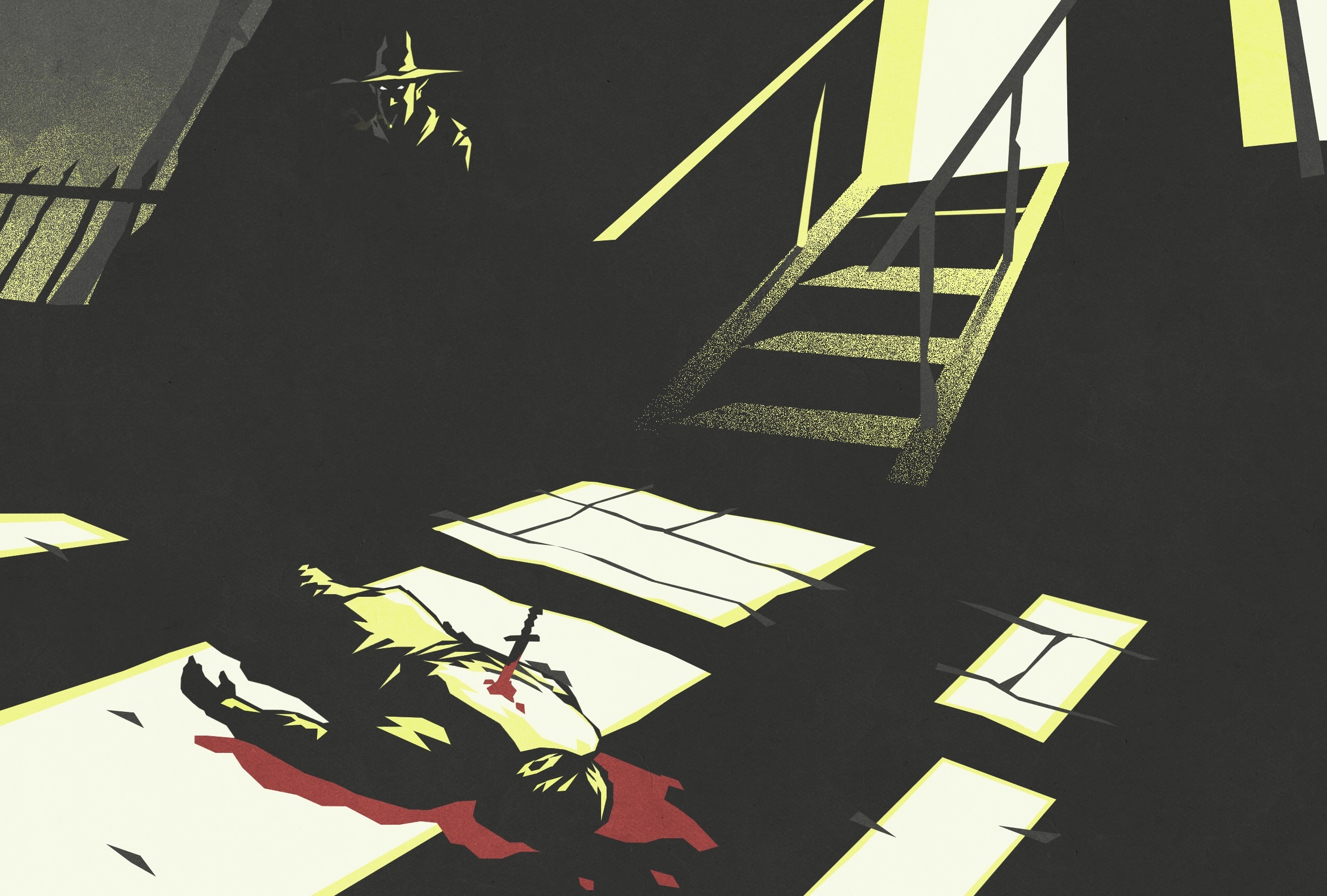 I’m going to take a brief break from plugging The Book to talk about the other big project I’ve got coming out this year. I’m a contributing write to the latest sourcebook for Spire: The City Must Fall, titled simply, Sin. For this book I’ve written a scenario called “Second-Hand Rain”, which is basically an attempt to make the Spire even more Noir than it already is (and this is a game where “Make a man burst in with a gun” is a class ability).

So as there’s about a week left on the Kickstarter campaign (PLUG PLUG PLUG), I thought now would be a good time to look past the obvious reasons Spire is a perfect Noir setting (people with amazing hats and big coats doing crimes in perpetually shadowy city streets) and into the slightly nittier grittier themes behind it. 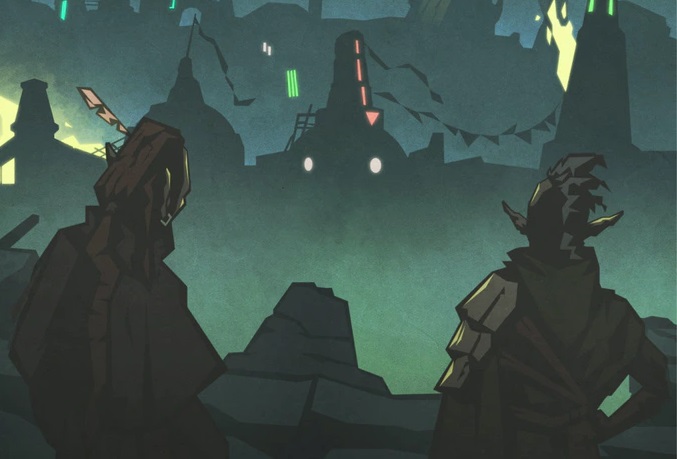 For those who aren’t familiar with Spire– In Spire you play a drow (or “dark elf” in more old-fashioned and problematic DnD speak) who’s joined an illegal religious sect/terrorist cell intent on overthrowing the colonising aelfir (or “high elves”) through subversion, espionage, and more often then not at least a few people dying.

The game is a lot of things- it’s a game where virtually every character class is some manner of cleric fuelled by their own brand of increasingly high stakes dark bargain. It’s a game that encourages players to construct incredibly elaborate plans that are absolutely 100% going to go wrong in a horrible way. It’s a game where player characters find themselves doing morally atrocious things supposedly for the best of reasons while the GM looks on like the appalled overseer of a dice-fuelled Stanford Prison Experiment (That the Stanford Prison Experiment has been debunked with evidence the psychologists actually encouraged the awful dynamics among the subjects only adds to this metaphor).

But the thing that grips me personally about Spire is that it is a game about power,  particularly structural power, and how it can be resisted, wielded, or even merely survived. 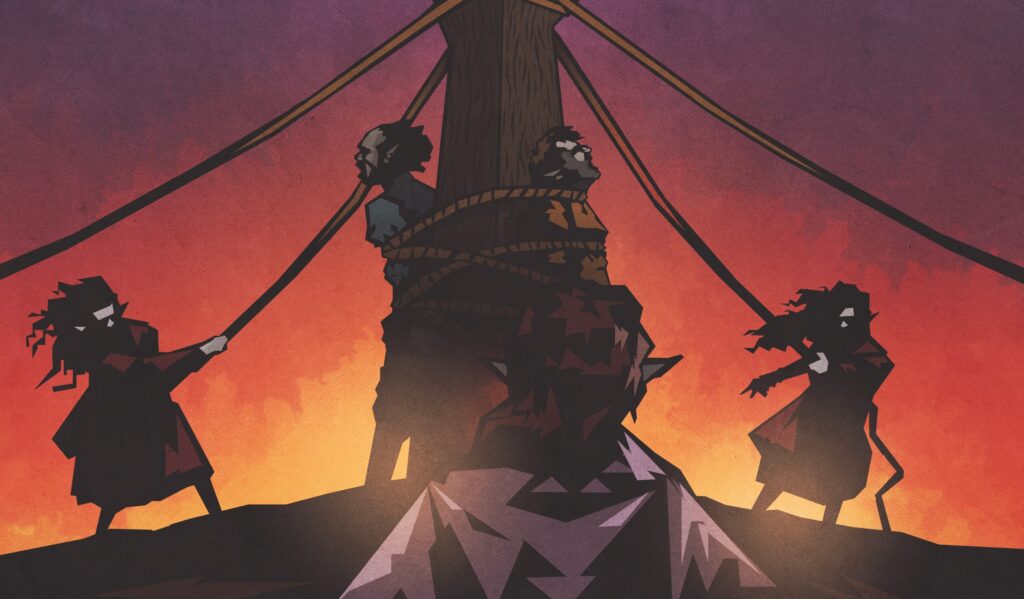 In the first Spire sourcebook, Strata, I wrote a scenario that was a rural folk horror. The goal was to take all the machinations, conspiracies, and intrigue of Spire’s high politics and criminal underworld, and translate those power structures into the world of parish councils and village fetes.

So when Chris Taylor and Grant Howitt asked me to do a scenario with the brief “North Docks Noir”, I was thrilled, because few genres are as about power structures as Noir.

To get why, I’m going to take us on a really quick, in no way comprehensive tour of the history of the detective genre. 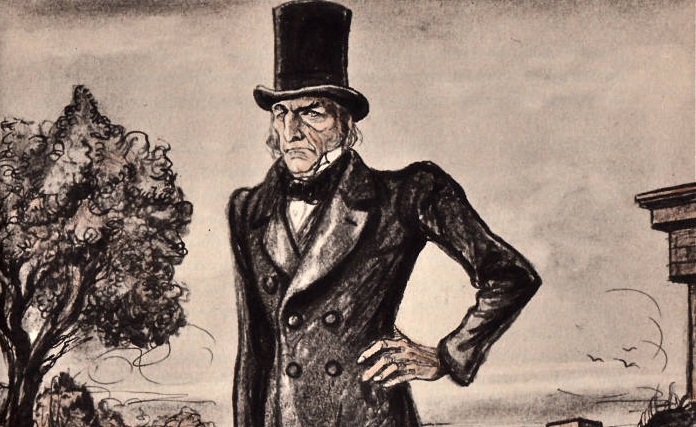 The Detective in the House

So most detective fiction, especially whodunnits, can trace its history back to one book, The Moonstone by Wilkie Collins, and that in turn was inspired by a real world murder that rocked the country, the Constance Kent case in 1865 (documented superbly in The Suspicions of Mr Whicher, by Kate Summerscale).

The novel concerns the disappearance of a precious diamond, the real life murder case, the violent death of a four-year-old boy.

But what the two stories share is how people reacted to the investigating detective. The horror in the Moonstone, and in people’s reaction to the Constance Kent case, was that a working class person was allowed to just walk into a stately home, go wherever he pleased, and ask his social superiors personal questions with impunity.

The backlash in the genre is immediate. Very quickly the most prominent detectives in fiction aren’t working detectives- indeed, the plods at Scotland Yard are there for mockery. Instead they’re replaced by men and women of leisure- hobbyists who enjoy solving puzzles, rather than someone doing a job. Sherlock Holmes is the ur-example, but we also see it every time an Agatha Christie detective just happens to be on the luxury transport, or at the high class party where the murder takes place. Your friends and loved ones might be murdered, but at least you don’t have to talk to a poor person.

The spirit of Mr Whicher and Sergeant Cuff lives on in Columbo, but the USA also sees the detective mutate into something else. The Private Investigator. The gumshoe. 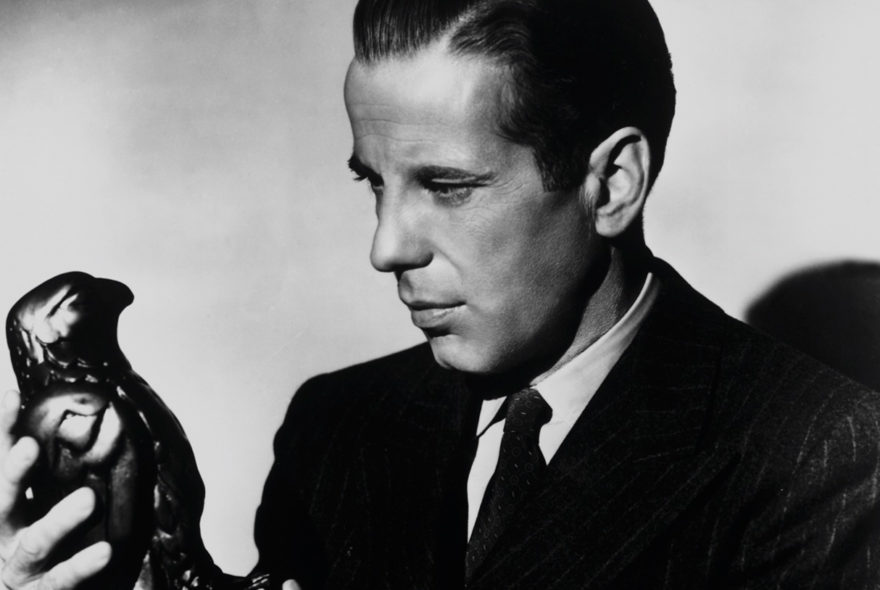 Once more, detectives have bills to pay, but the detectives of Noir fiction don’t serve the law, like Sergeant Cuff, or justice, like the enthusiastic amateurs who followed him. They’re in it for the money, and their interactions with the power structures around them get very interesting as a result.

Firstly, these detectives have the same licence as Sergeant Cuff. They go where they want, ask whatever questions they like, have little need to regard the social niceties. But at the same time, they’re a tool. They work only to serve the interests of whoever paid them.

The detectives in these stories aren’t arch-genius masters of deduction, identifying where you were two Thursdays ago from a patch of dirt on your trousers. Often they’re barely even active agents in the story, getting bounced between various other people’s agendas until, often by accident, they stumble into the truth.

Usually, if there is a major crime or conspiracy to solve in a detective noir story, it’s not the one the detective was hired to investigate.

This is the character Humphrey Bogart could play in his sleep. It’s also why you can insert Jeff Bridges’ affable stoner Dude into Bogart’s place and still end up with basically the same plot (incidentally, The Big Lebowski makes an awful lot of sense if you watch as a TTRPG where the GM wants to run a serious Noir scenario but the players have all gone rogue).

It’s why, talking animals aside, Roger Rabbit and Chinatown have essentially the same plot.

Which brings us back to Spire, and Second-Hand Rain. It’s a scenario that has a lot of fun with Noir’s box of toys. There’s a magic system fuelled by doing Noir-y shit, with each ritual named after an old Film Noir. The appendix offers a lexicon of colourful similes. But beneath all that it still tries to have the bones of an honest-to-God Noir story.

That means you’re playing private detectives, down on your luck and low on cash (when are you not these things in Spire anyway?). There are a lot of powerful people in your neighbourhood and they all have big plans, and plenty of bystanders, innocent or otherwise, are going to get caught in the middle when those agendas clash. Your job is to weave your way between them, make money where you can and, maybe, if you’re lucky, you might possibly figure out what the hell is going on.

The Kickstarter for Sin: A Spire Sourcebook is still open and stampeding through all its stretch goals.

If you’d like to read more of my writing, check out Fermi’s Progress, a series of planet-of-the-week novellas about an FTL spaceship the obliterates every world it visits.