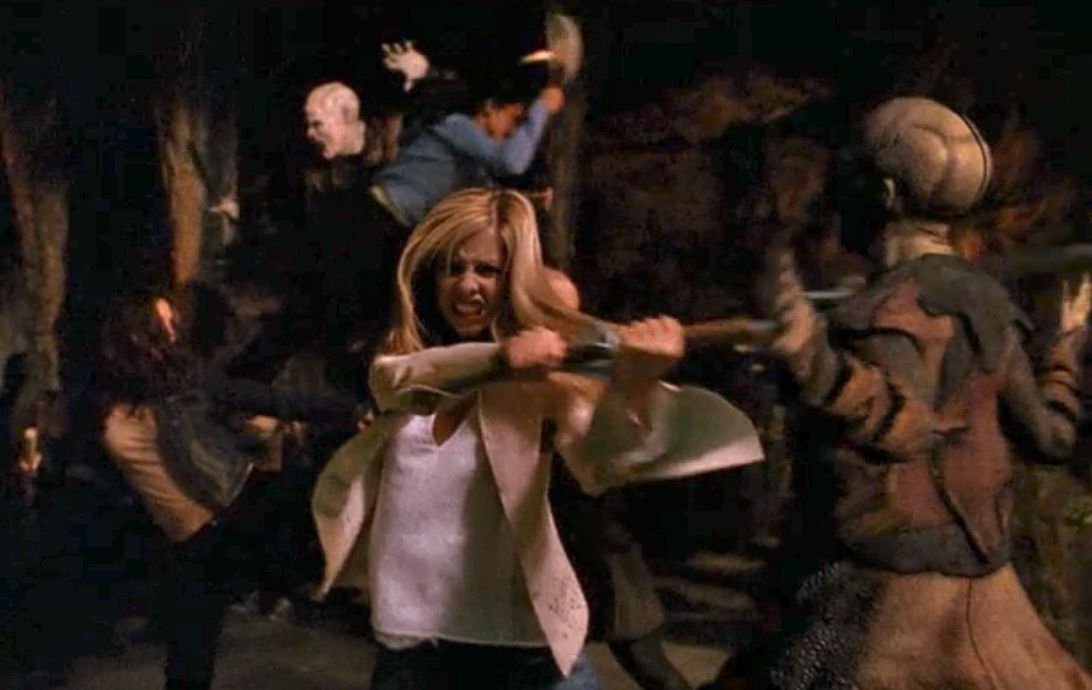 This week saw the release of the trailer for Forspoken. It’s an adventure about a young woman using magical powers to survive in a fantasy world while peppering her dialogue with phrases like “So let me get this straight…” and “So that happened”, adjectives like “freaking”, and, oh yeah… she prefaces the final element of a list of plot elements with “and, oh yeah…”

Which means, of course, it’s time to reexamine one of the worst nerds in Hollywood, and how his dialogue inflections have become endemic to entire genres, entire mediums of fiction. I mean, let’s be clear from the outset- Joss Whedon is a terrible person and you can’t separate the art from the artist because the themes his work explores are inextricably tied up with his own personal brand of grossness and abuse. But he has had an undeniable influence.

There are people who say Whedon gets too much credit for what is essentially “quippy dialogue”- and let’s not ignore the work of Jane Espenson, Marti Noxon, Drew Goddard, and the many other people who filled Whedon’s various writer’s rooms- as with Star Trek and Dungeons & Dragons, the reputation of a single messianic creator with shitty behaviour often obscures a legion of harder worker artists.

But there is no denying the lineage. If you pick up and watch any random episode of Buffy, there is a very distinct rhythm to the dialogue that feels straight out of a 2010s comic book blockbuster, and in turn, pretty much any genre-comedy movie from that point on.

Phrases like “So that just happened”, emotions with the world “ly” stuck on the end even if there’s a perfectly good existing adjective to take their place. Figurative speech that uses a common metaphor then keeps using it to the point where the metaphor doesn’t really work anymore. We all know the beats, we’ve all seen tweets parodying films “in the style of Joss Whedon”, or sometimes “starring Chris Pratt”- and while we’re here, we need to acknowledge how much Joss Whedon must suffer knowing that his career peaked right before he was in a position to ever work with his one true muse. 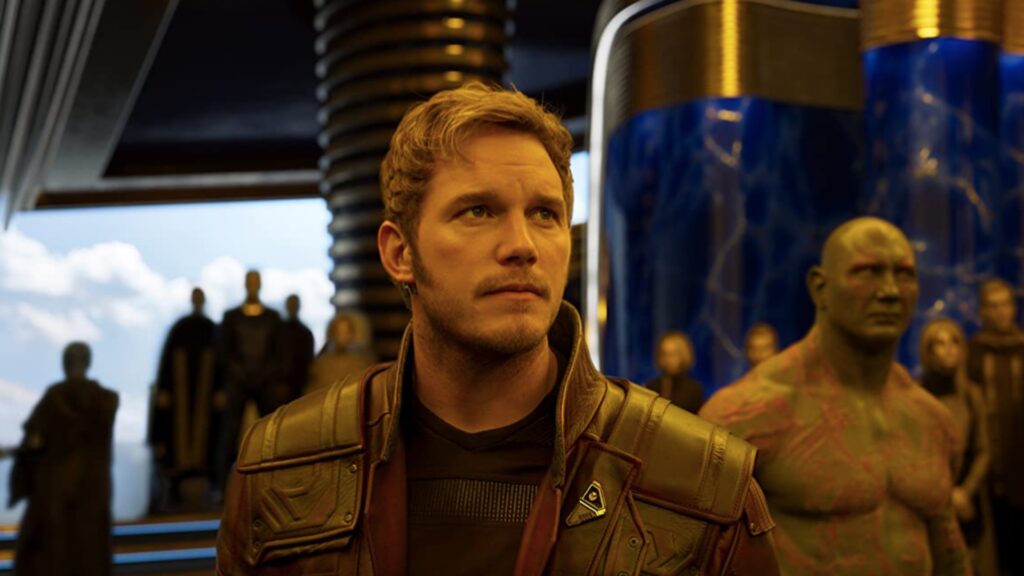 It is a dialogue rhythm you will recognise if you have watched any TV or movies this century- particularly if you enjoy genres. Its influence can be seen in the new incarnation of Doctor Who, in every MCU film, in the work of Dan Harmon and the trailer for the new Dungeons & Dragons movie. High action! Quip! Knowing wink! Drama!

And its popularity has also drawn derision. The argument goes that “Whedonesque” dialogue strips the drama, wonder and mystery from a work, replacing it with eyerolling, cynicism and quips.

It’s not wrong. Not exactly. One of the reasons its popular is that it is incredibly easy to write, and it has the rhythm of witty dialogue in a way that means you sometimes won’t notice if there are no actual jokes.

It also, let’s be honest, stung a bit, as a millennial writer who would be lying if I said I had never written a moment of high drama or wonder humorously undercut by more prosaic concerns.

But a tool being used in a bad and lazy way does not make the tool bad, and the truth remains the a lot of the things I’ve mentioned as owing fealty to Buffy are actually, y’know, good. Davies’ and Moffat’s versions of Doctor Who have reignited a cultural phenomenon. The MCU’s way of making films can lean towards churning out material that is reliably competent (and has a host of problems beyond mere Whedoning), but it has also created some of the best blockbuster cinema experiences this century, and the dialogue is a key part of that.

Before Marvel was bought up by Disney and had grown into a multimedia megafranchise that still remains unrivalled by any other IP, that dialogue was one of the things that kept people coming back to a series that was still 50% Iron Man 2 and The Incredible Hulk.

(To leave room for a counter-argument here, yes, Marvel has leaned more and more on this dialogue style as it’s gone on- Captain America: The First Avenger and Thor both included a seasoning of the Whedonesque, but allowed themselves to be far more po-faced than I think any MCU production would be able to today, to its detriment.)

So when it’s used properly what is the tool for? 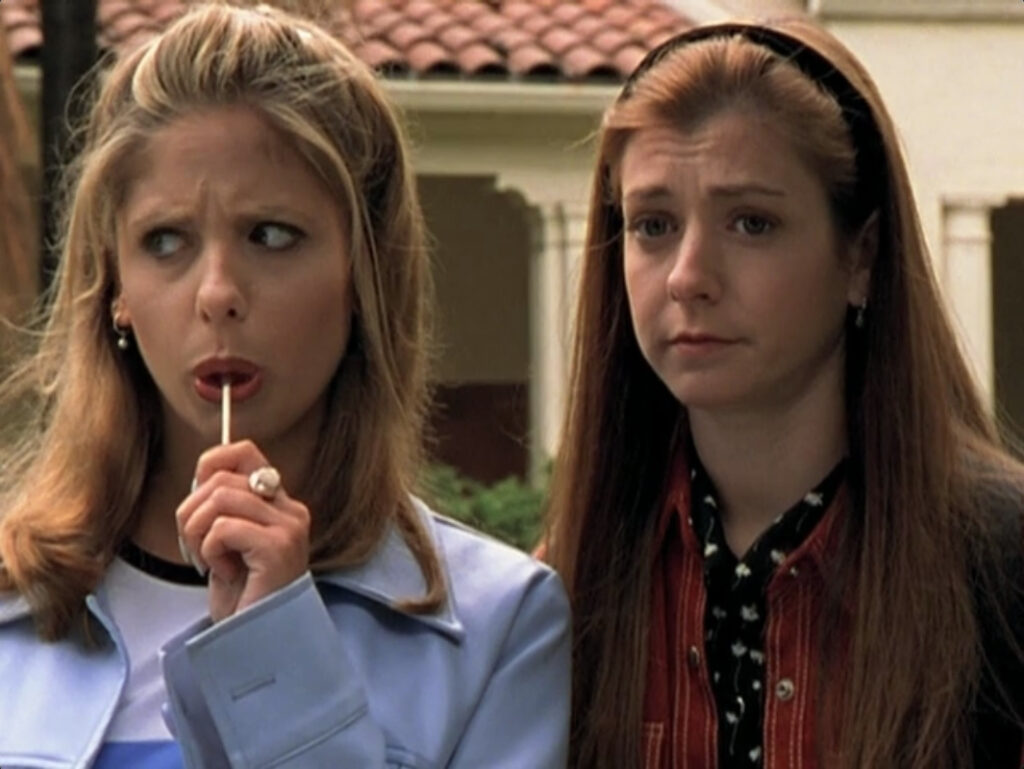 In its original habitat, the answer’s easy. Buffy the Vampire Slayer was about late Gen-X/Proto-millennial teens trying to get on with their lives while facing off against catastrophic, world-destroying evil. For all that the show and its creator have proven to be problematic over the years, it is a theme that still resonates well with its original target audience.

The regular switching from melodrama to ironic meta commentary reflected the generation it was portraying and highlighted the paradox of the show’s setting- the paradox that is right there in the show’s title.

It’s also worth saying- Buffy and its stablemates were never popular because of any lack of emotional heft. Every fan of the shows has their favourite teary or gut-punching moments.

But while Whedon codified and popularised this approach, he didn’t invent it. He is a writer who has never been shy about his influences, and it’s not surprising that Marvel comics make up an important chunk of it. He has waxed lyrical about the X-Men and his not-at-all-creepy-in-hindsight crush on Kitty Pryde, but the other hero Buffy owes an obvious debt to is none other than Peter Parker himself. 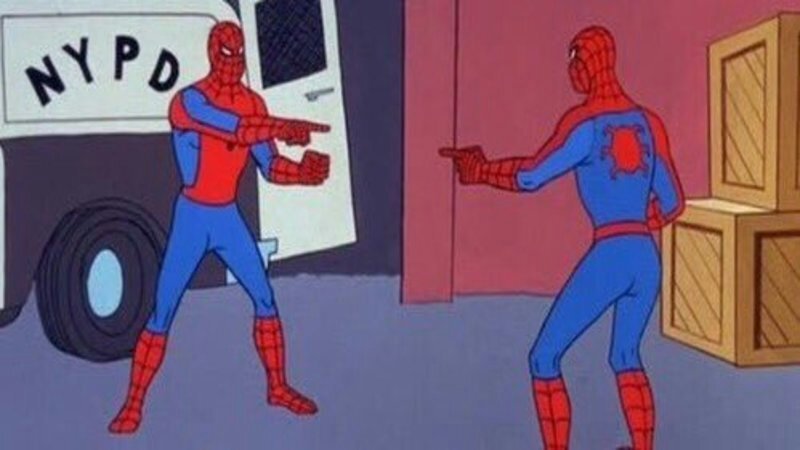 The ingredients are all there. The secret identity is not just a costume, it is a whole other life that Parker has to balance. In one life he is the hero, in the other he’s a loser. In one life he always defeats the bad guy (even if it’s often at great personal cost), in the other his life is constantly spinning wildly out of control. He has a responsibility to save people, but he also just wants to be an ordinary teen.

And it is no surprise that when Parker is “the hero”, he is still also the teen, and that is reflected in his barrage of quips and asides while fighting villains who take themselves far too seriously.

Or let’s go back further. Nobody is going to The Hobbit and The Lord of the Rings for quip-filled dialogue and knowing winks to camera (although now you are imagining what that would be like and you hate it so much).

But our doorway into Middle Earth has always been hobbit sized. We can only really appreciate these stories of immortals and kings and millennia-long histories that still seem to occupy a cultural and technological environment equivalent to Europe’s 9th through to 11th centuries, because we have a collection of viewpoint characters who are used to a world of big lunches and lazy afternoons.

The story would not have been the phenomenon it is without someone to ask where second breakfast is. Mordor would have seemed a much darker place if the contemplation of the darkest evil wasn’t tempered with Sam’s incredibly petty dislike for Gollum.

Meanwhile, quippy dialogue among scenes of high drama has always been a staple of cinema, from John McClane to The Princess Bride.

At heart, what Whedonesque dialogue does, for better or worse, is take that kind of emotional grounding technique, but make it appear easily reproducible on an industrial scale.

And Christ, the technique is overused. Can’t argue with that. The opening episodes of The Mandalorian, with its surly protagonist and regular long sequences of someone walking silently over great distances, felt like a breath of fresh air when they arrived, it was soothing in a way not much TV made today ever is.

We still need new ways to do that with our dialogue. The technique has saturated our media for a decade now and is becoming a cliché in itself, and even many of Buffy’s original fans can now see that knowing irony is not as clever or edgy as dangerous sincerity. The Mandalorian and Prey show how stories can be relatable without needing knowing winks, and Fire Island has shown there are other ways to do zingy, quip-laden dialogue without filling in the Whedon template.

But it is overused because it reflects something about our experience of stories, and of life. Nothing we encounter, no matter how dramatic, is ever elevated beyond the reach of our pettiness and our need to eat three meals and go to the loo when necessary. When we see something that looks like a movie we’ve seen, we say “Wow, that looks just like a movie!” Why wouldn’t you?

In trying to move past that template’s bath water, we shouldn’t throw out the baby that is knowing people respond to strangeness and horror with humour, or the baby’s rubber duck of the knowledge that convoluted analogies that have been pushed past breaking point are still inherently funny.

Chris Farnell’s book, Fermi’s Progress, contains both high drama and quips aplenty, and you can buy it at Amazon and Scarlet Ferret. 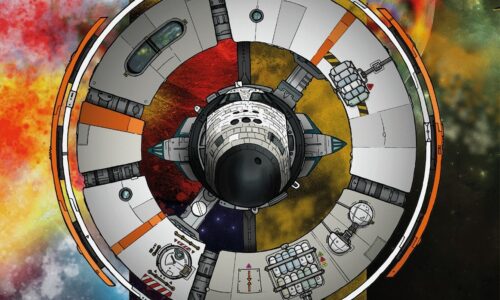