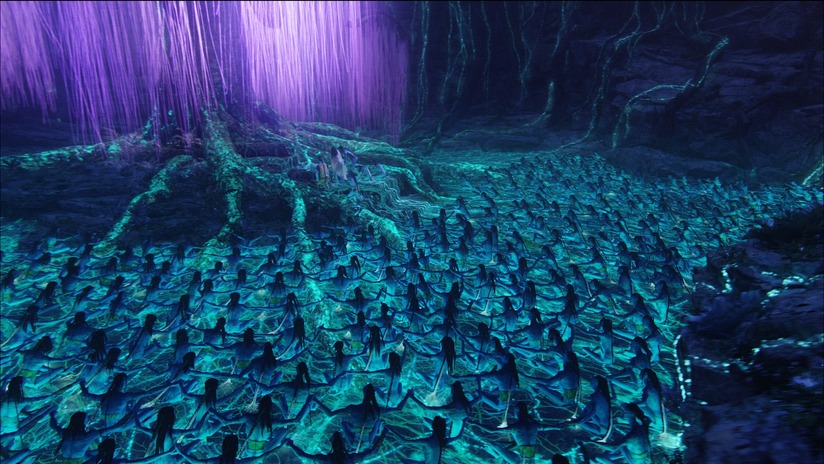 Welcome to part two of our look at how to write aliens so that they actually seem vaguely alien, adapted from my talk at Nine Worlds Geekfest far too many years ago. In the last part of this article we looked at the appearance of aliens, how we can arrange their bodies in ways that don’t necessarily conform to the “tube-with-two-limbs-at-each-end-and-a-head-at-one-end” model of alien lifeform.

Today we’re going to be looking at what goes inside their heads, or the chest cavity where they keep their brains, or their body-wide neural net. We’re also going to look at our alien’s culture, and all the ways you can do that really, really badly. 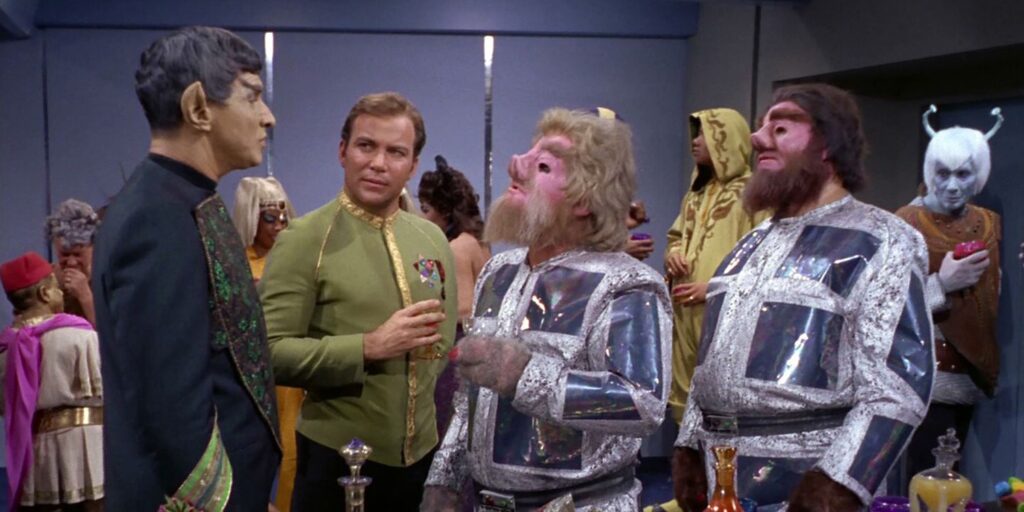 The first area you’ll want to look at is language, how your aliens speak to your human characters and each other will have a huge impact on the plot.

Most science fiction will do lip service to this at best before having the aliens speak perfect English, either through some sort of magic “Universal translator” or because the aliens have been monitoring our Earth transmissions.

The alternatives to vocal language are many, from sign language, to pheromones, to colour changes and floating pictograms.

The film, Arrival, and the short story it’s based on “This is the Story of Your Life” go in deep on this idea, but also lean heavily on the Sapir Whorf Hypothesis, the idea that your language shapes your worldview, which is appealing for sci-fi writers, but has also been pretty heftily debunked. The China Miéville novel Embassytown also examines this idea in depth, picking at our very idea of what “language” is.

However, while linguistics can be fascinating, there’s nothing wrong with wanting to spend more time looking at what your aliens are saying rather than how they say it, especially if you want your alien and human characters to be able to converse reasonably freely.

So assuming your aliens and humans can talk to each other, how do you go about filling in the myriad cultural and historical details you’ll need to create the impression of a whole new planet? 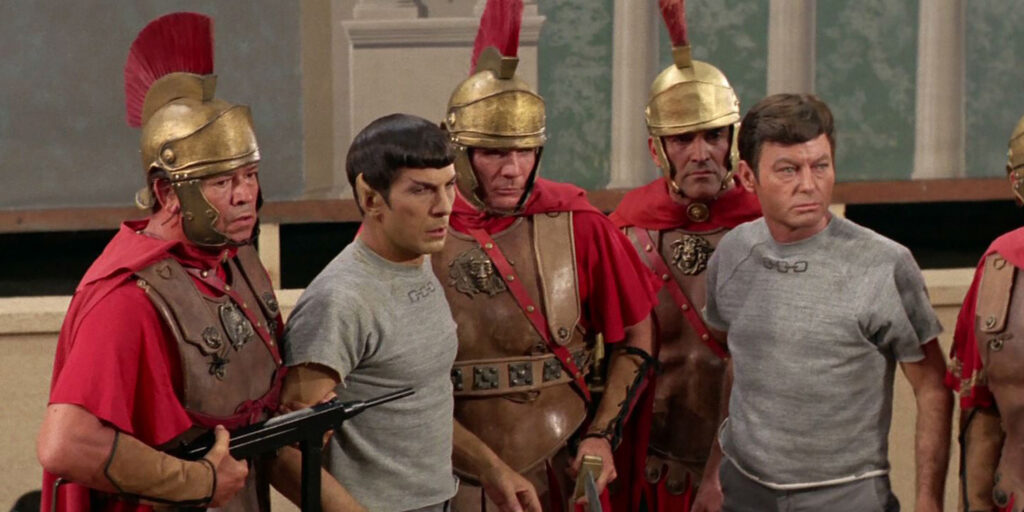 Just as writers looking to design the physiology of a new alien may look to different species, if you’re looking to design a new culture you may be tempted to base your ideas around other cultures found on Earth.

Do Not Do This.

See, here’s the problem. Science fiction has its roots in pulp fiction. To be precise, really, really racist pulp fiction that was full of the yellow terror, the noble savage, and mysterious, deceptive and undoubtedly crooked nomadic peoples. We’re a handful of generations away from that stuff now, but the people making the holy texts of sci-fi still grew up with those same stories, and so it’s not that surprising that those tropes can still be found in our fiction.

Let’s take a look at Star Wars, while bearing in mind that these are creations from the primitive, unenlightened days of the late nineties. 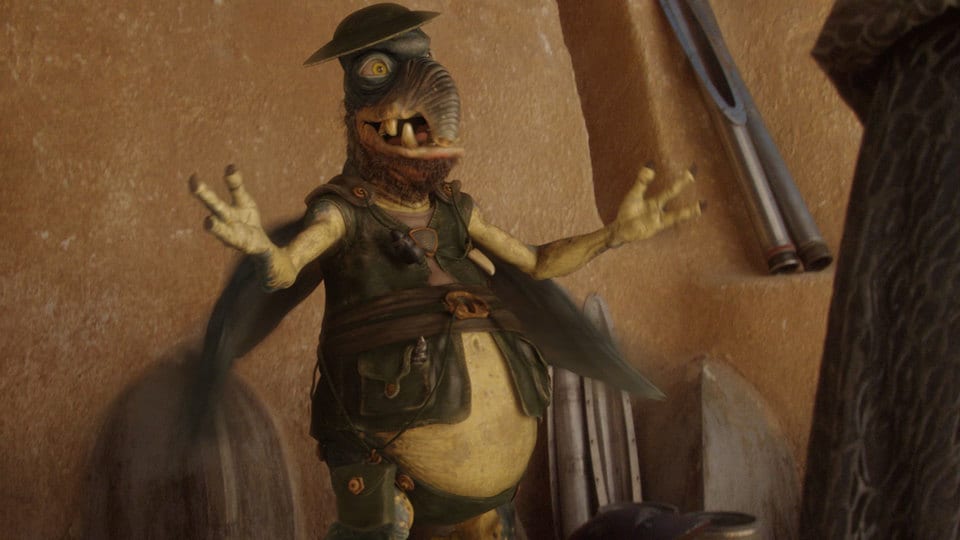 In the Phantom Menace alone there are the Neimoidians, who you can identify by their slanted eyes, buck teeth, long robes, and a funny accent that mixes up L and R sounds. Then there is Watto. Watto is a greedy, deceitful merchant, cunning but money obsessed. He is identifiable by his giant hooked nose. Finally, there is Jar Jar Binks. I think the less we all say about Jar Jar Binks the better.

However, the Phantom Menace is subtle compared to Avatar, which flat out steals designs from various indigenous and aboriginal cultures to come up with the jewellery, artefacts and culture of the Na’avi.

But all the research didn’t manage to portray indigenous people without falling into the tired old tropes of tree people who lack all our evil capitalist urges because they’re so much more “spiritual” and “deeper” than us, although that doesn’t prevent a white person, sorry, I meant to say “human” from being better at virtually every task the Na’avi place any value in, and eventually becoming their King.

The Na’avi are merely one example of a much broader trend in writing alien races using lazy stereotypes. That is, the Proud Warrior Race.

The proud warrior race is a culture where the only job anyone ever seems to do is warrior, but nobody ever wonders where their food, medicine and no doubt extensive admin come from. They nick bits from Samurai, Spartans, Vikings, and Mongols, or at least what Samurai, Spartans, Vikings and Mongols look like in the movies the writer saw. They have a strict code of honour, but you’re not entirely sure what they mean by that because they use the word “honour” the way smurfs use the word “smurf”. They wear medieval armour (or at least part of some) and fight with handheld bladed weapons, despite the fact they have spaceships and lasers.

Oh, and not that I can see any reason why this would be relevant, but statistically there’s a good chance a member of a Proud Warrior Race will be played by a black guy. Basically, while pretty much everything in sci-fi has “been done” at one time or another, this one has been done to death and we should leave it alone now.

But the “Proud warrior race” is really just a symptom of a much more fundamental problem with the way we handle non-human cultures in science fiction and fantasy. Everywhere from Star Trek to Lord of the Rings to Hitchhikers Guide to the Galaxy we have this idea that a specific kind of personality can be part of a species’ or race’s make-up. It’s an assumption that probably has some rather unappealing colonialist roots, but it’s also a trope we keep coming back to because if you have an entire culture full of warriors, or greedy people, or logical people, it makes for very easy metaphors and imagery. Plus, frankly, tropes in the geekier genres tend not to stray all that far from game mechanics, and racial attributes are a game mechanic we’ve embraced whole-heartedly. 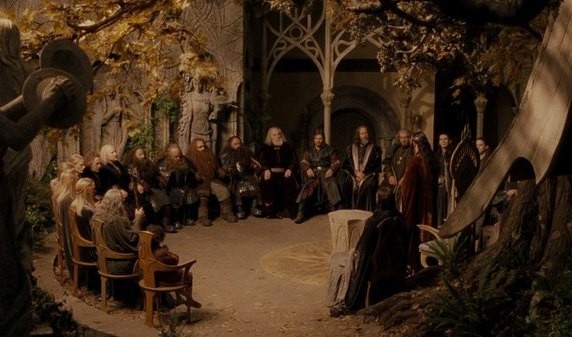 But no matter how far the darker implications of this trope are from your intentions or your politics, it’s hard to get away from the unpleasantness of it.

This is a quote from a Stormfront message board devoted to discussing Dungeons and Dragons:

“I completely understood how there could be smart blacks and yet blacks be less intelligent than whites as a whole when I was a child. When was the first time I thought about an idea like that? When I got into Dungeons and Dragons at the age of nine or ten. I knew that elves were more agile than humans. I knew that because they had a +1 bonus (back when I started playing, now its +2) to Dexterity.”

In built with our assumptions about aliens, there are assumptions about ourselves. “Human” culture in this fiction inevitably means “American” culture, which is the sort of thinking that leads to the Andorians of Star Trek: Enterprise calling us “pink skins” while there’s a black guy standing right in front of them. You don’t have to invent a whole planet with as many varied, intermixing and complex cultures as we have here on Earth, but you should be able to at least hint that it exists.

In the next part of this series we’re going to be looking at other ways of creating alien cultures. What rules do we take for granted? What rules can we break?
Meanwhile, if you want to take a look at how I’ve handled writing alien cultures (for better or worse) you can check out the first part of Fermi’s Progress- Dyson’s Fear for an astonishingly good value £2.50. 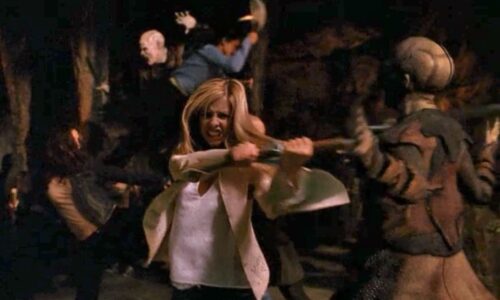 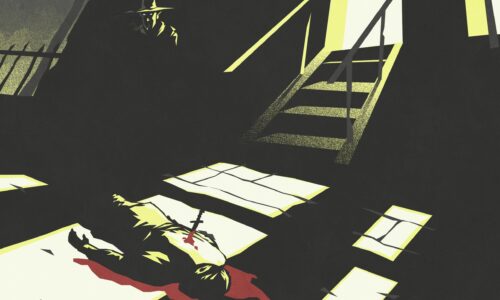